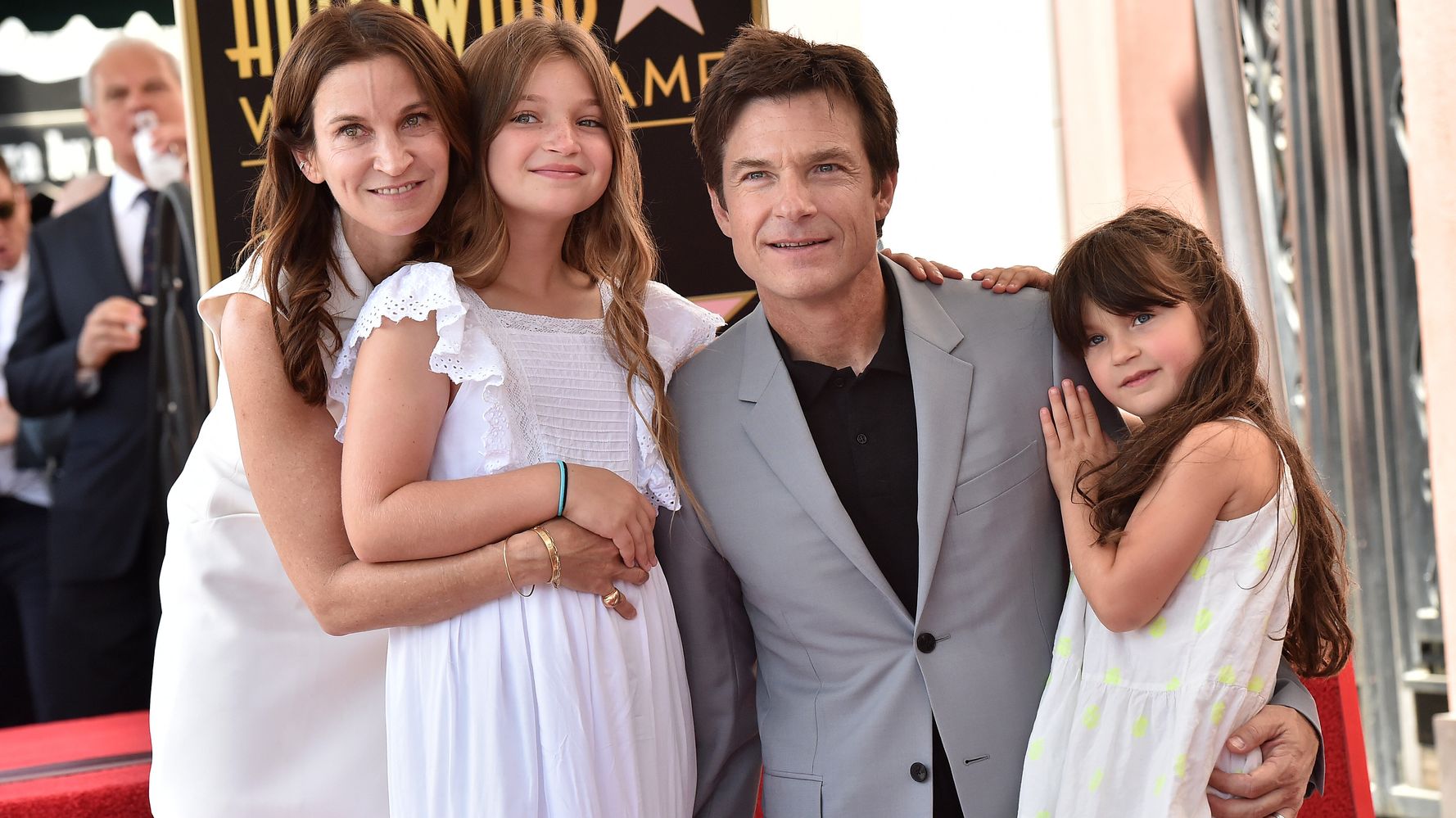 Jason Bateman is open about his triumphs and failures as a parent.

The actor and his wife, Amanda Anka, have two daughters ― Francesca and Maple. Over the years, he’s shared his thoughts on work-life balance, the Tooth Fairy, screen time and more.

In honor of his birthday, here are 10 quotes about parenthood from Bateman.

On The Kind Of Dad He Is

“Well, I guess you’d have to ask my kids what kind of a dad I am. I think I’m a good one. We certainly have a lot of fun together. And the transition from non-dad to dad was a very natural one for me. It’s another thing I didn’t take on earlier than I should have, and I think because of that it’s been very comfortable and enjoyable.”

On How His Family Keeps Him Grounded

“They’re not impressed. They’re used to me working weird hours or not being in town a lot. My wife keeps me really grounded by doing nothing other than just being her. She’s got a full-time career herself, and she’s able to be an incredible mom, and she’s also almost a full-time dad too because I’m out of town so much. I’m floored by that. That keeps me grounded. That reminds me that I’ve got a real strong example to kind of live up to what she’s showing. That keeps me from taking any of this for granted or just doing it half-assed.”

“It’s the hot stove theory: You can tell them until you’re blue in the face that it’s hot, but sometimes the best lesson is they actually make the mistake. So I just don’t think I’m going to be the kind of parent that sweats putting my kid in a bubble and never wanting to let them out. You just try to prepare them for all the obstacles and help them make the right decisions.”

On Ruining The Easter Bunny, Tooth Fairy And Santa In One Car Ride

“[She said,] ‘Daddy, here’s what I don’t understand. Bunnies don’t lay eggs, right?’ And I’m like, ‘That’s true.’ And she said, ‘So I’m having a hard time putting a couple things together here.’ And I said, ‘What’s the problem?’ She said, ‘The Easter-egg Bunny: Not real, right?’ … I said, ‘I’m pretty sure that’s real, honey. What do you mean?’ She goes, ‘I don’t think it’s real, and I don’t want you to lie to me right now because there’s a few kids in my class who say that it’s not real, and I don’t want to be an idiot … Pinky promise with me right now that the Easter-egg Bunny is real.’ I said, ’Baby, come on. I don’t lie to you. We don’t need to do a pinky promise. The Easter-egg Bunny’s real … She puts out her pinky and I said, ‘The Easter-egg Bunny is not real.’ … She goes, ‘All right, that makes sense. You know what does not make sense though, in addition to the bunny ― the Tooth Fairy?’ So now I’m in a blackout, and I’m sweating. I catch eyes with the driver, he’s in the rear-view mirror, and he’s just shaking his head like, ‘This poor bastard.’ … I said, ‘The Tooth Fairy is not real’ … And then she brings the noise. She says, ‘I want to talk to you about Santa Claus’ … Now I gotta text Mom. I’m not even at the airport, and I’ve already destroyed [her childhood].”

On His Kids Pursuing His Career

“I don’t think I’d be super-supportive, only because I think any parent wants their child to go into a profession where, if they work hard and are the best at what they do, they’re pretty much guaranteed employment and maybe even success. With show business, it’s a lot less of a meritocracy. There are a lot of intangibles; a lot of luck. If they’re starting at zero in any career, might as well pick one where, if they have a degree in it, they can anticipate some employment and maybe even good pay, promotion and longevity. I’ll encourage [them] to do anything but this.”

“We try to sort of good cop, bad cop it. I don’t really find a problem with technology or television or anything. … So I’m not that parent. My wife is a little bit more so, but I don’t really see a problem with it. I grew up watching TV, and I don’t think I’m too dumb or too crazy. I think a big responsibility falls on parents. Well, the kids can’t watch ‘The Wire,’ but there’s great educational stuff for them to watch TV if it is TV time. There are great apps on the iPad that are interactive and educational.”

On His Love For His Family

“I would like to say specifically though to my wife, my two daughters ― Amanda, Franny and Maple ― without you, none of it would be enjoyable and it probably wouldn’t be possible. I love you more than I even tell you I do, and I’ll be home for kisses so don’t go to bed. Amanda, pop a mint, I’m going to come give you yours in about 5 minutes.”

On Flying With Kids

“As I’m flying over on the plane, Maple figured out how to make a really loud noise with her mouth. She started going ‘Ah, ah’ like a bird. It was the weirdest thing. All the other passengers are looking at me. All the headphones went on. And I thought to myself, ‘Why did I do this?’ It’s a two-day trip and I always want to bring them. It’s just so fun. There’s room service.”

“I remember the first [animated film] my 9-year-old and I really enjoyed together was ‘Princess and the Frog.’ We listened to the soundtrack over and over and over and over again going to school during kindergarten and first grade — pre-K even. But obviously, you know, ‘Frozen’ is always on heavy rotation. You name it, I don’t think there are really any we haven’t seen. It’s pretty amazing.”

“It’s my job to let them know what the functionality of a lot of this stuff is, and what the ramifications could be if she sends that text or that email or that picture: It can be disseminated without any of her control whatsoever. So that would be something to look out for, and after that, if she makes a mistake, she’s going to obviously learn a painful lesson.”

How to manage online classes of your children