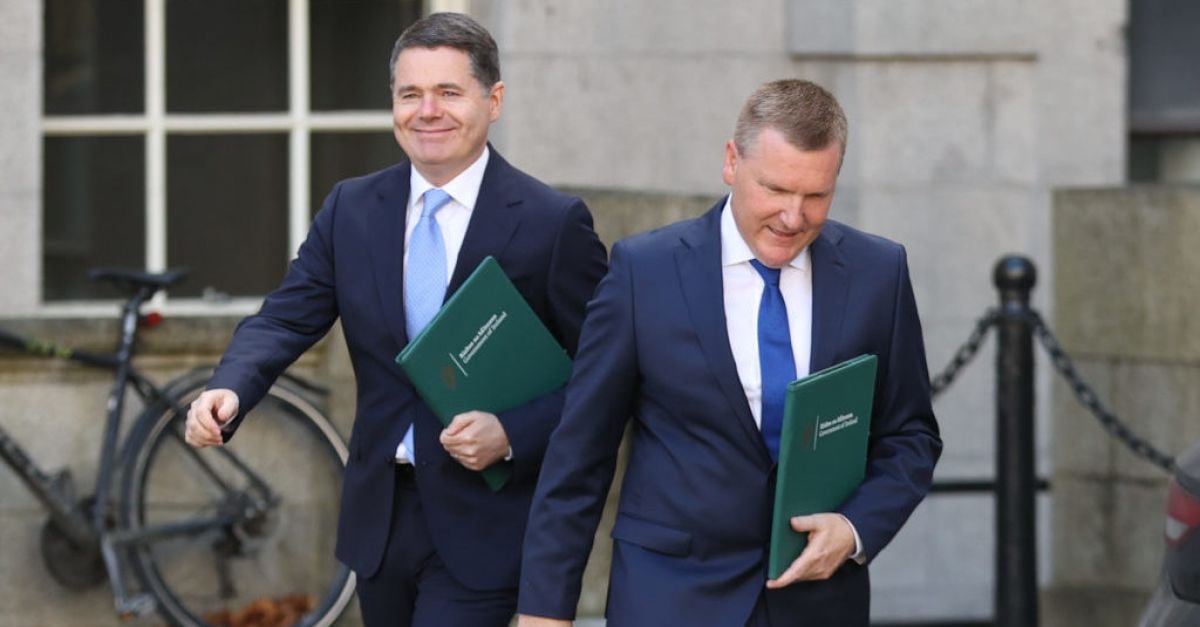 Measures to help families with the cost of childcare and a €5 increase in the State pension are being considered as Ministers work to finalise the details of the budget.

Senior Government figures have long flagged that €1 billion in new spending measures will focus on efforts to counter the rising cost of living.

And parents of creche-going children and pensioners are in line to see a boost as part of that strategy.

Backbench Coalition TDs have been pressing for enhanced childcare supports and an increase in the State pension, with some suggesting the latter should be increased by as much as €10 a week.

The Irish Times reports that the more likely sum will be €5 a week.

Tánaiste Leo Varadkar offered the strongest signal yet that both issues are being examined ahead of Tuesday’s political set piece.

Mr Varadkar said he could not confirm what would or would not be included in the budget at this stage as “there are still some decisions being made”.

However, he said: “One of the things, of course, we are going to examine in the context of the budget is the cost of childcare.

“We have made some progress in that regard… in recent years with the two full years of ECCE [Early Childhood Care and Education Scheme] and the introduction of the National Childcare Scheme.

“But it is still the case that for many people, childcare is like paying two mortgages or like having to pay the rent twice every week.”

The Tánaiste said from an enterprise and employment point of view, childcare costs were a barrier to people returning to the workplace.

Farmers hold rallies ahead of Budget 2022

Sources told The Irish Times that childcare was a “top priority” as Ministers work to finalise the budget.

On welfare measures Mr Varadkar said a big part of the additional €1 billion spend “will be taken up by the pensions and welfare package and it needs to be because of the rising cost of living”.

“We need to see pensioners and others getting an increase, they haven’t got that since 2019,” he said.

Tuesday’s budget package is expected to amount to €4.7 billion, of which €1 billion is said to be available for new spending and €500 million is for tax measures.