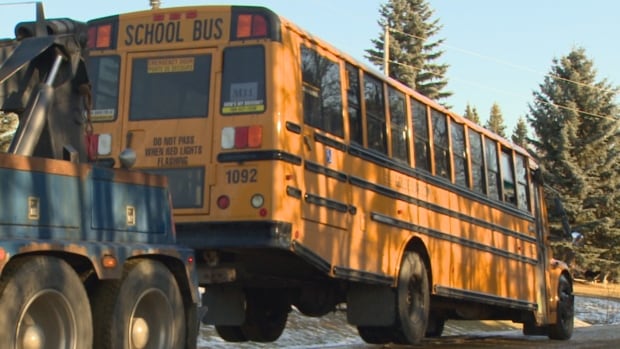 The bus was on Forest Drive near Highway 779 at 8 a.m. when it slid off the road, RCMP said in a news release.

No serious injuries have been reported, police said.  No other vehicles were involved in the crash, RCMP said.

Parents of the students have been informed and the school is providing support, RCMP said.

A tweet from the Parkland School Division said icy conditions in a rural subdivision north of Muir Lake School caused a bus to “tip over into the ditch.”

The children involved are being taken to Muir Lake School, school officials said.

Bus accident this morning involving Bus M11. The icy road conditions in a rural subdivision north of Muir Lake School caused the bus to tip over into the ditch. Thankfully no serious injuries. The children are being transported to Muir Lake School. <a href=”https://twitter.com/hashtag/psd70?src=hash&amp;ref_src=twsrc%5Etfw”>#psd70</a>

5 tips to prepare your child for going back to daycare

5 Tips for A Social Distancing Summer Vacation with the Kids