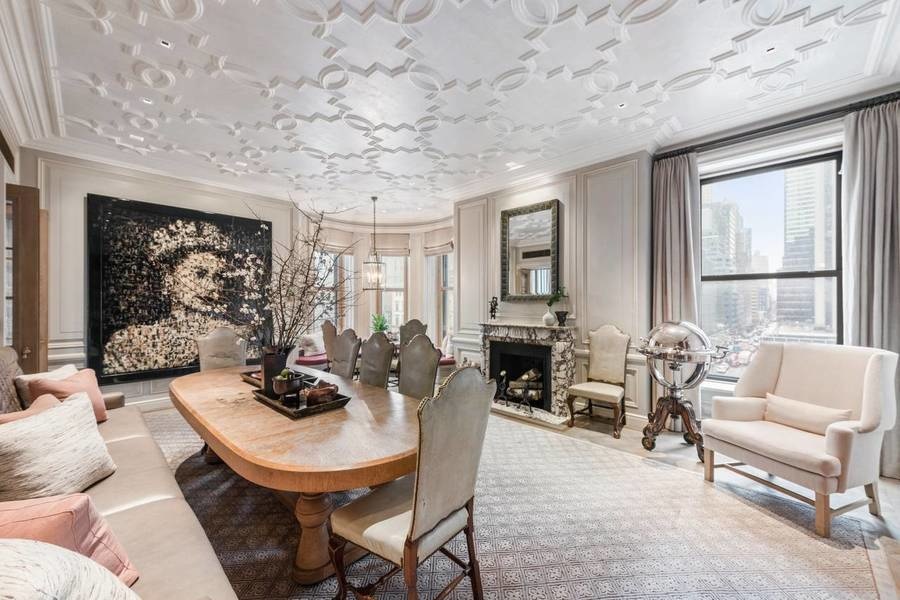 Jürgen Friedrich is trying again to sell his Plaza spread, this time listing it for $39.5 million, or 28% less than its asking price in 2008.

Many of the units in New York’s Plaza hotel were converted to condos in the mid-2000s. Mr. Friedrich, who founded the European operations of fashion retailer Esprit Holdings, bought the roughly 4,300-square-foot, three-bedroom apartment from the developer in 2007, paying $25.493 million, according to public records. He then listed it for $55 million in 2008, later dropping the price to $38 million before taking it off the market in 2009, according to listings website Streeteasy.com.

Melanie Lazenby of Douglas Elliman Real Estate, who has the listing with colleague Dina Lewis, declined to identify the owner. She said after the spread did not sell the owner spent several years and millions of dollars renovating it. In 2011 the owner put the unit plus a one-bedroom apartment across the hall on the rental market for a combined $165,000 per month, reducing the price to $125,000 in 2012 before finding a tenant, according to Ms. Lazenby.

The renters moved out over the holidays, Ms. Lazenby said. She said the owners want to try again to sell the three-bedroom, keeping the smaller one for their own use. “When they first bought [the three-bedroom] they thought they’d be spending much more time here,” she said.

Located on a corner of the building facing Central Park and Fifth Avenue, the apartment has park views from the dining room, living room, library and master bedroom. Mr. Friedrich added oak paneling, doors and windows, along with plaster moldings and antique fireplace surrounds. In the master bedroom, the walls are covered with hand-hammered leather, she said. Mr. Friedrich couldn’t be reached for comment.

Fashion designer Tommy Hilfiger is also trying again to sell his Plaza apartment. Mr. Hilfiger put it on the market this fall for $58.9 million, down significantly from its 2013 asking price of $80 million.

What menswear’s stalled momentum means for its future