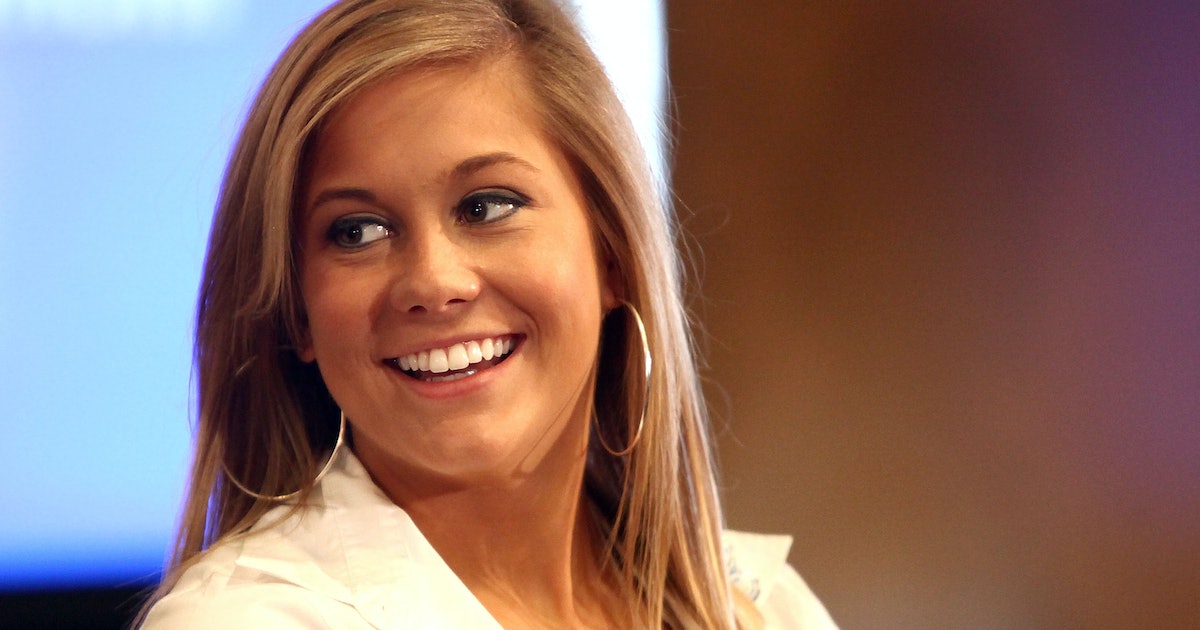 This third trimester pregnancy symptom is just one of those things. You know, just one of the things you’ll try to block out after you finally give birth. Things like maternity underwear, oversized pillows, acid reflux, and odd cravings, to name a few examples. It’s quite a list, really. And if you can relate to any of the aforementioned symptoms, there’s a good chance you’ll appreciate Shawn Johnson’s hack for her pregnancy “cankles.” As it turns out, many fans can sympathize with her plight.

The Olympic medalist and her NFL husband, Andrew East, are expecting their first child in just a matter of weeks. And ahead of the birth, the couple released an Instagram video Tuesday in which Johnson tries to soothe her aching feet and growing “cankles” by soaking her feet in a hot tub.

In the funny video, only Johnson’s face can be seen at first. “You’re gonna show it, aren’t you? This was your idea,” she says to East, who is off-camera. With the camera panning out to reveal Johnson, it becomes clear that she is standing knee-deep in a hot tub, bent over, her belly resting on her thighs and not exposed to the water, so she can try to soak those poor tootsies without overheating the rest of her body.

“Wait for it… whoa belly,” the athlete captioned the relatable post. “Hahaha and yes… this is how I hot tub these days. Helps the cankles. #bigmama #34weekspregnant.”

This creative solution to the cankles and swelling feet issue, which is common in pregnancy according to KidsHealth, sparked memories and sympathy from Johnson’s fans who’ve been followed her journey ever since she announced her pregnancy in April, just one year after she revealed the couple had suffered a miscarriage, according to People.

For many, Johnson’s third trimester hack is an all too familiar concept, with one fan writing: “I can’t believe you’re 34 weeks! Oh how time is going by fast! I am extremely excited for you guys!! Also I wish I had known about this for when I was pregnant. Lol.”

“I remember doing stuff like this… and lukewarm [epsom salt] baths,” another supporter chimed in.

“Whatever works am I right?!” added a third in reference to the idea of a short soak, which is safe to pull off if you only immerse your knees and feet in the hot water, according to What To Expect.

The outlet also noted that it’s recommended pregnant women avoid sitting fully in hot tubs and saunas because high temperatures over 102 degrees can potentially have negative side effects for both mom and baby. A very short spell with feet in soothing hot water is fine, however, although women should consult their doctor first before trying anything out.

Johnson, who does not know the sex of her baby yet, should take heart that the third trimester has affected many tough women Jessica Simpson detailed her foot swelling before the birth of third baby, Birdie, and Kim Kardashian was quoted by the Daily Mail as saying that her “cankles were out of control” during her 2015 pregnancy with Saint. It happens!

Unfortunately, there’s just no way around the last trimester, when many women (including Olympic athletes) start to experience a lot of discomfort. Hang in there, Shawn!

5 tips to help you save for your child’s education

This is How to Get Rid of Fatigue During Pregnancy