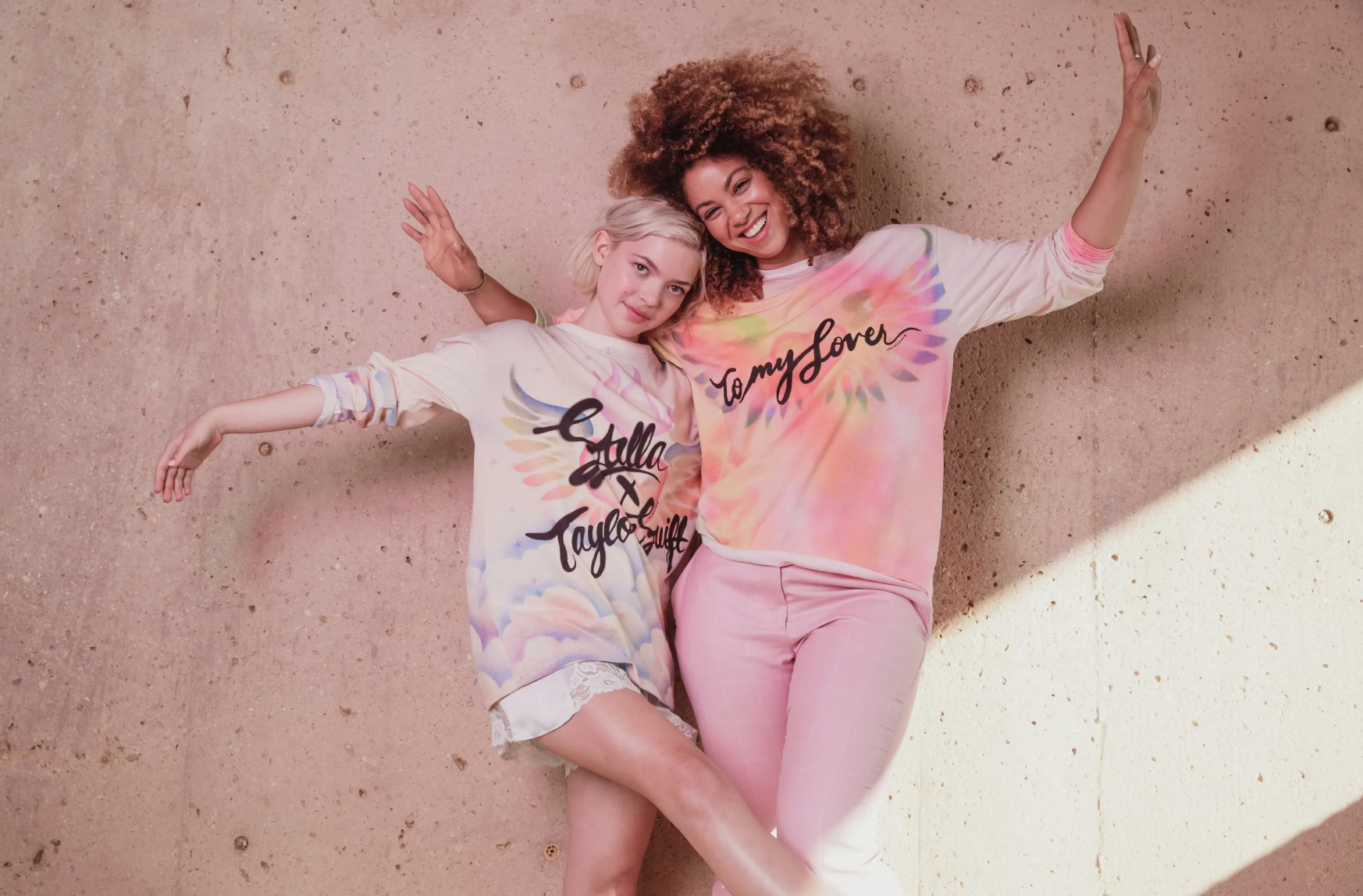 Taylor Swift’s new album Lover is nearly here, and so is her forthcoming collaboration with British designer Stella McCartney. Images of the fashion line, which includes a bomber jacket, tee-shirts, hoodies and a tote bag, have been revealed in an official look book.

Swift and McCartney have also announced a pop-up shop in New York City called “The Lover Experience,” which will run August 23rd through 25th and feature exclusive items. Swift told British Vogue that the collaboration emerged after she started spending more time in London and often went out for drinks with the designer. Swift had such a connection with McCartney that she even name-drops her on one of Lover‘s tracks. “So, when it came time to write this album, I name-checked her in one of my songs and when I played her the album, I said, ‘Should we do something?’” Swift said.

“I couldn’t believe that my name is in a Taylor Swift song,” McCartney told British Vogue. “After Taylor played me the entire album it gave me such incredible inspiration for the collaboration and it really revolved around the music.” She added, “What I love is how we really complement each other in what we generate creatively together.”

The collection includes two limited edition pieces and was inspired by graffiti, vintage band tees and Swift’s lyrics, as well as her cat Benjamin Button. The materials are organic and recycled, which is in line with McCartney’s aesthetic for all her pieces.

Swift and McCartney will reveal more about the collection and the pop-up shop in a live stream on Swift’s YouTube channel at 5 p.m. EST August 22nd. Lover will be released August 23rd.