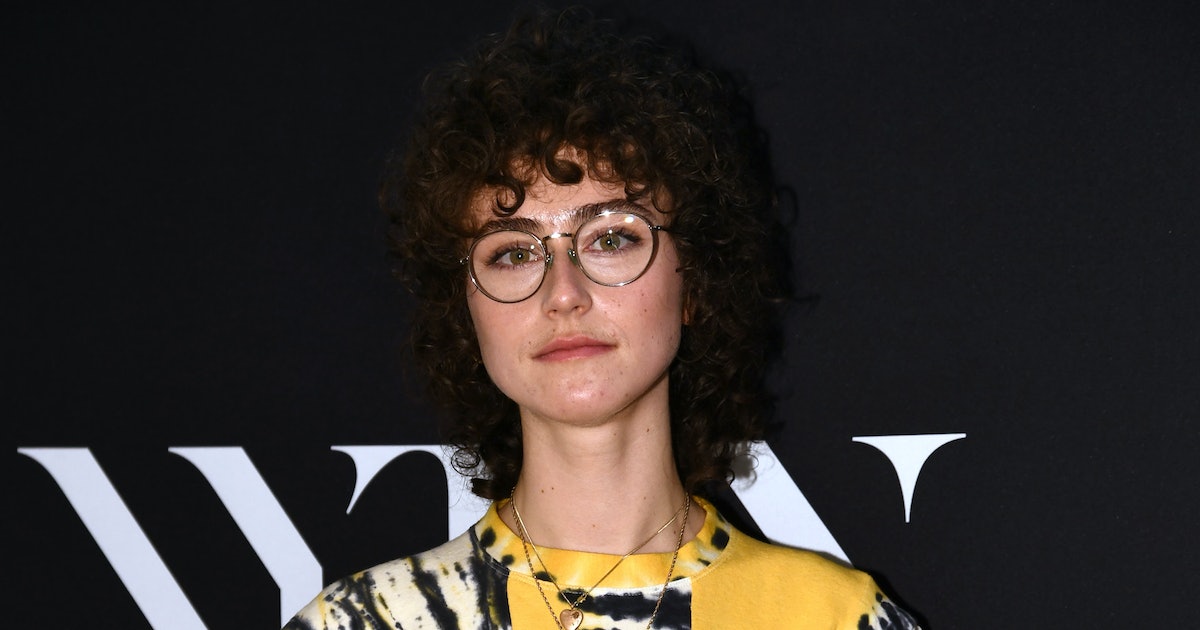 Vice President Kamala Harris’ stepdaughter Ella Emhoff just hit her first runway and what a ~moment~. The 21-year-old, who is signed with IMG Models and studying at Parsons School of Design, slayed New York Fashion Week on Tuesday, Feb. 16. The surprise appearance at Proenza Schouler’s Fall and Winter show happened virtually due to the pandemic and it was stunning. Get ready to meet the next big style icon, because this video of Ella Emhoff’s Fashion Week runway debut is incredible.

Posted by Proenza Schouler’s official Instagram account, the video of its New York Fashion Week (NYFW) show features about seven minutes of the brand’s fall-winter collection. About 30 seconds into the video, Emhoff appears, walking in a grey coat with a black wool shearling collar and baggy trousers. In the show, she sported a chic curly hairdo and vintage round-rimmed glasses.

The fashion knockout appeared again at the one minute and 30-second mark wearing a stylish leather trench coat with a printed turtleneck underneath. Finally, Emhoff’s final walk comes at around the six-minute mark, wearing the brand’s Technical Wool Long Line Blazer and Technical Wool Slashed Waist Pants for the finale.

Proenza Schouler founders and designers Lazaro Hernandez and Jack McCollough also shared an interview with Second Gentleman Doug Emhoff’s daughter on Saturday, Feb. 20, which revealed a bit about her preparation for NYFW. After the two designers discussed the challenges of putting together a virtual fashion show due to the pandemic, they asked Emhoff if it was her first-ever runway show. “Yeah, that was my first-ever fashion experience. I have to say, I was a little nervous,” admitted Emhoff.

“I definitely lost a little sleep the night before. Half because I was afraid I wasn’t going to wake up in time, but also, I’m walking for the first time, I’m in a professional environment for the first time… It was a very epic first experience with the fashion world,” she continued.

Emhoff also discussed her goals for the future with Hernandez and McCollough. “For a really long time when I was younger I wanted to be a designer … Then I took it a little more seriously, I started taking courses at Central Saint Martins over two summers,” she said. “It definitely exposed me to the intensity of design school.” She added that during quarantine she’s “completely transitioned back to fashion,” after previously taking a step back.

She also spoke about how it would be to design, admitting, “I want to see guys, girls, people, everyone wearing striped colorful pants or my dresses. I think that’d be great.”

Before signing with IMG Models, Emhoff broke Twitter in a Miu Miu coat at her stepmother’s inauguration, and caught the attention of Ivan Bart, president of IMG Models, at a fundraiser for the presidential primaries in 2020. Bart spoke of the moment to The New York Times, saying, “I noticed her as soon as she walked in the door.” Then in the summer of 2020, the pair began discussing the possibility of Emhoff signing with IMG, and the rest is history.

After making it through her milestone Fashion Week debut, Emhoff is well on her way to an iconic modeling career, with her unique look and effortless Gen-Z style shining through.